A jar of oil has been infusing with calendula blossoms on my dining room table since February, and now's the time to make the salve. Mountain Rose Herbs has a great recipe for calendula salve, among other fabulous things.

I started with a hunk of beeswax. (Whole Foods sells beeswax by the pound. I hacked off about an ounce worth.) 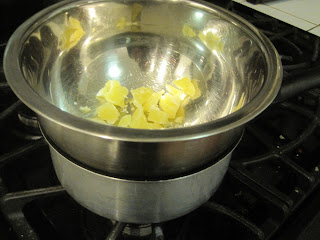 And about a cup (eight ounces) of calendula flower infused oil. 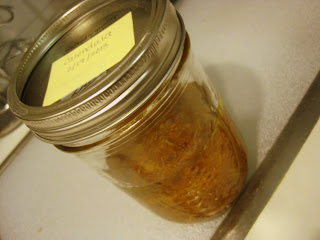 To strain out the blossoms, I covered a glass with cheesecloth... 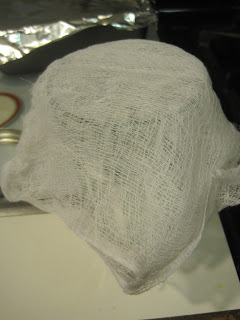 and dumped the mixture on top. 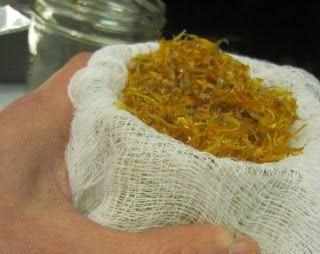 I poured the oil into my diy double broiler. I don't own one, so my substitute is a metal bowl fitted on a saucepan. I'm never buying a double broiler.

(If you haven't used one, pour some water into the saucepan, enough so it doesn't boil away too quickly, but not so much that the bowl's bottom touches the water surface. The steam from the boiling water heats the beeswax gently, without burning.) 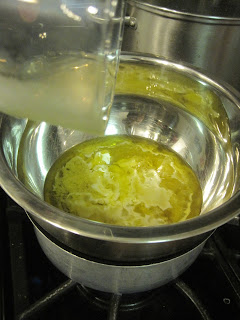 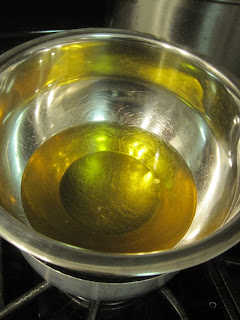 And it's melted. I poured the oil-beeswax combination into two small jars. 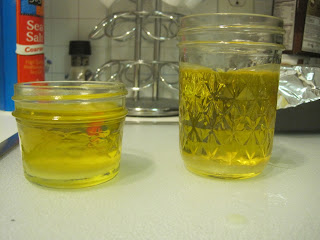 A few minutes later, I had me some salve! 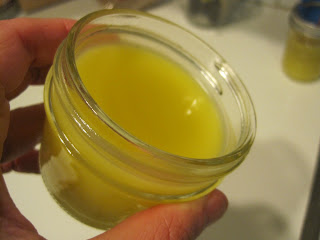 This was so fast and easy in the end (you know, after the weeks and months of waiting) and it all came about because someone gave me a marigold seedling last year. Next time, lip balm!